Kidcare from Maria Lässer on Vimeo.


On March 30th 2015 BDS Norway conducted a war-stunt in front of the Norwegian ParliamentBDS Norway calls upon the...
Posted by Rabee Irar on Donnerstag, 2. April 2015

‘Today from Sandy Bay, Maine to San Diego, California, Americans will don their Sunday Best, attend a religious service, and enjoy the Spring air while their kids search for candy and eggs. A joyous celebration on both the Christian and secular calendar, it wasn’t always that way — or maybe it was.
Easter was looked on with some skepticism by the ultra-religious Puritan sect when they showed up at Plymouth Bay. According to author Steve Englehart, these earlier settlers had bona fide religious reasons to eschew the holiday. “They knew that pagans had celebrated the return of spring long before Christians celebrated Easter…for the first two hundred years of European life in North America, only a few states, mostly in the South, paid much attention to Easter.”’

« Farewell Vermont
Tourist Beaten, Robbed and Stripped Naked In Baltimore As Crowd Laughes »
1, April 8, 2012 by jonathanturley
By Mark Esposito, Guest Blogger
Today from Sandy Bay, Maine to San Diego, California, Americans will don their Sunday Best, attend a religious service, and enjoy the Spring air while their kids search for candy and eggs. A  joyous celebration on both the Christian and secular calendar, it wasn’t always that way — or maybe it was.

Easter was looked on with some skepticism by the ultra-religious Puritan sect when they showed up at Plymouth Bay. According to author Steve Englehart, these earlier settlers had bona fide religious reasons to eschew the holiday. “They knew that pagans had celebrated the return of spring long before Christians celebrated Easter…for the first two hundred years of European life in North America, only a few states, mostly in the South, paid much attention to Easter.”
It took the Civil War to bring Easter celebrations to the American parade of holidays. Starting about 1870, Christian families began to commemorate the holiday with brightly colored eggs and small treats for the kids.   Churches in the South saw Easter as a source of hope for an American spirit beaten down by four years of civil war and its aftermath of grief. Easter was called “The Sunday of Joy,” and war widows  traded the dark colors of mourning for the happier colors of spring.
WEITER LESEN »
Keine Kommentare: 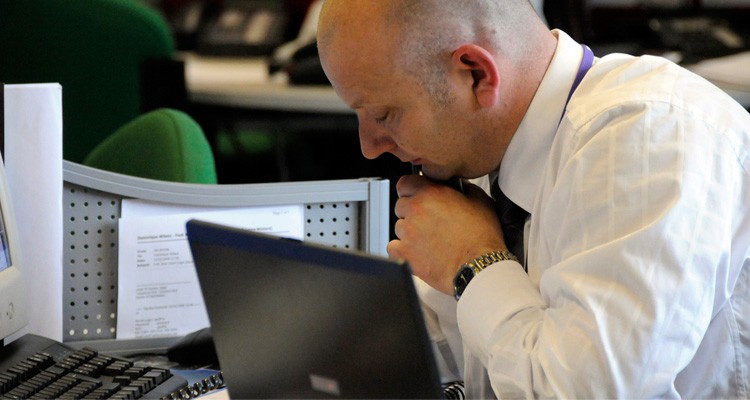 Beitrag von Earth. We are one.

Neil Harbisson is the only person in the world known to “hear” colour, thanks to an implanted device in his skull. This is amazing

Exposed: The Church Isn’t Telling You About Nibiru And The Anunnaki

The Church Is Desperately Trying To Hold Onto A Great Secret

There have been many strange things happening lately with the church regarding Nibiru. For those of you who do not know what Nibiru is, according to Wikipedia [1], it all begins with a man named Zecharia Sitchin: Zecharia Sitchin (Russian: Заха́рия Си́тчин; Azerbaijani: Zaxariya Sitçin) (July 11, 1920 – October 9, 2010)[1] was an Azerbaijani-born American author of books proposing an explanation for human origins involving ancient astronauts.
Were We Created By Ancient Astronauts From Planet Nibiru?

Sitchin attributes the creation of the ancient Sumerian culture to the Anunnaki, which he states was a race of extraterrestrials from a planet beyond Neptune called Nibiru. He believed this hypothetical planet of Nibiru to be in an elongated, elliptical orbit in the Earth’s own Solar System, asserting that Sumerian mythology reflects this view. Sitchin’s books have sold millions of copies worldwide and have been translated into more than 25 languages.

So, basically, science isn’t 100% sure if the planet Nibiru and the Anunnaki race exist even at all… but the church has been talking about it recently… allegedly.

According to an article from In5d.com called: “What The Church Isn’t Telling You About Nibiru And The Anunnaki” [2], they explain:

Silently, the Vatican is releasing information about Nibiru entering our solar system and extraterrestrial neighbors who have already met with Vatican officials but they are not telling you everything.

While the mainstream media remains conspicuously silent while detracting our attention to idiotic events such as Justin Beiber’s DUI, disclosure information has been slowly leaked by the Vatican, indicating the presence of extraterrestrials on, and visiting, our planet along with an incoming anomaly called Planet X and/or Nibiru.

Pierre Lena, a French astrophysicist and member of the Pontifical Academy stated at a November 2009 Astrobiology Conference hosted by the Vatican,, “Astrobiology is a mature science that says very interesting things that could change the vision humanity has of itself. The church cannot be indifferent to that.”
FULL disclosure is imminent

Chris Impey, a University Distinguished Professor and Deputy Head of the Department at the University of Arizona and a keynote speaker at the Astrobiology Conference added, ” The first discovery is only a few years away.”
Extraterrestrial salvation

Here is a preview of some of the things that I will reveal:
Barack Obama is not a member of the Illuminati, he is something much, much worse.
The new “space flights” which are planes that can briefly enter orbit are not as fun as they seem, they are an Illuminati tool.
Denver, Colorado is an evil place
Aliens are a little different than what mainstream teaches us
The information I have is essential!
page 69 of thread:
WEITER LESEN »
1 Kommentar: